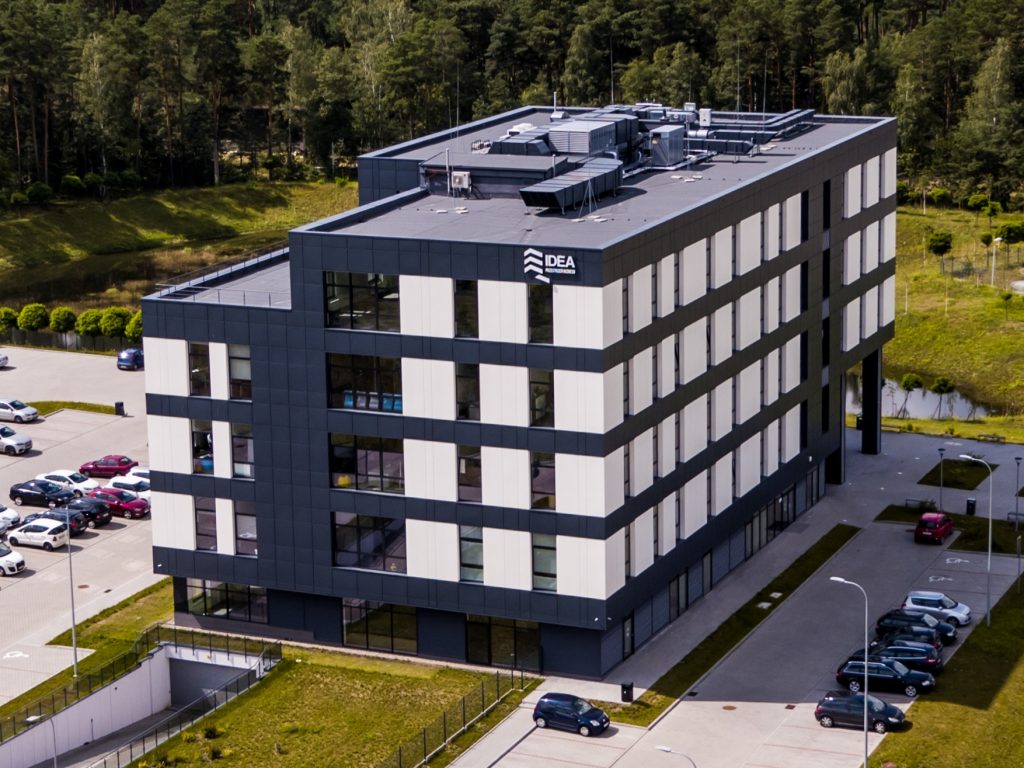 IDEA Space of Business is a building on territory of Bydgoszcz Industrial and Technological Park where startups have a chance to arise and develop surrounded by the biggest companies in a region.

In the autumn of 2013 it was decided to broaden the scope of services provided by Park. The idea from the very beginning was based on a vision of a place where the startups not only could rent office space, but also conference and training rooms and use business services (conferences, workshops). So far, despite the popular trend of building this type of space, there was no office building in Bydgoszcz directly dedicated to the newly established companies until the founding of IDEA.

IDEA Space of Business owes its name to Władysław Paciorkiewicz, and he founded and ran in Bydgoszcz the only typewriter factory in Poland. Three models were created exactly in Bydgoszcz and one of them was called “Idea”. Inspired by the idea of ​​the former economic tycoon, not only in the name we referred to his success, but also in the office building we used the terminology already associated with the new successor of the typewriter – a keyboard. You can rent a CAPS LOCK conference room, use a coworking space at ENTER or take part in a soft skills workshop at RESET.

Under a contract, we deliver offices with furniture consonant with customers’ expectations and a voucher for 2 hours for a monthly use in conference rooms. In the case when regular renting of the office is not required, we also offer coworking space, which allows you to rent a desk for an hour or a full day, or also a virtual office that consists in complete outsourcing of the office services without the necessity of physical presence. There is also a Lunch Bar “Pauza”, which has become a meeting place. In IDEA we also organize many events, workshops and events. In the first year of our activity IDEA was visited by about 6000 people during 126 organized events.

Office space at IDEA is not dedicated only to startups and small entrepreneurs just starting their activity, but also to large companies with a well-established market position. However, especially for startups, we have prepared preferential rental rates, lower even by 60% towards the commercial price.

There are five conference and training rooms at IDEA. In the CAPS LOCK room it is possible to divide it into two smaller ones, each for 50 people. It also has a state-of-the-art audiovisual system that enables live video conferencing and live meetings, such as YouTube, event recording, and independent display of 4 different images on two projection screens and two monitors. Additionally, in all the rooms there is the possibility of using a modern teletechnical infrastructure enabling the display of images from smartphones, tablets and laptops simultaneously for several users on one screen. The system also makes it possible to use the monitor as a digital whiteboard, allowing you to mark, draw or write on other users’ desktops, or simply on a clean background.

Project has been financed from EU assets the end of the period of programming 2007-2013.